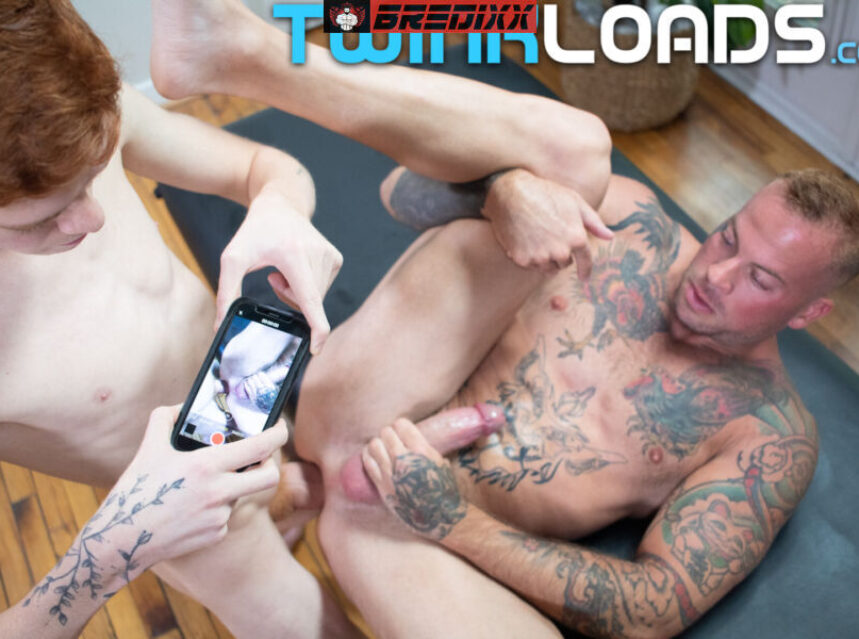 Text by Connor Taylor from Twink Loads: Sean Duran looked so hot when he arrived. He’s got a V-shaped torso, enormous thighs and ass cheeks which look like they’ve been carved out of granite! The moment I started to massage him, I boned up big time. I dropped my shorts, went round to the top of the table and allowed my rock hard dick to bounce on the back of Sean’s head. It wasn’t long before he brought one of his hands up to feel it. He pushed himself up onto his elbows and started sucking me off. And boy was he sucking!

He got on his back with his ass over the edge of the table and pulled up his legs so I could get my tongue good and deep inside his hole. I stood up, squatted slightly, placed my rock hard, raw cock against his hole and pushed myself inside. He gasped and stared up at me with those watery blue eyes, with a look which said “please don’t hurt me…” And then, as I pushed in further, his eyes started to narrow in pleasure. He jerked himself and we locked eyes like lovers. I wanted to give him the ride of his life.