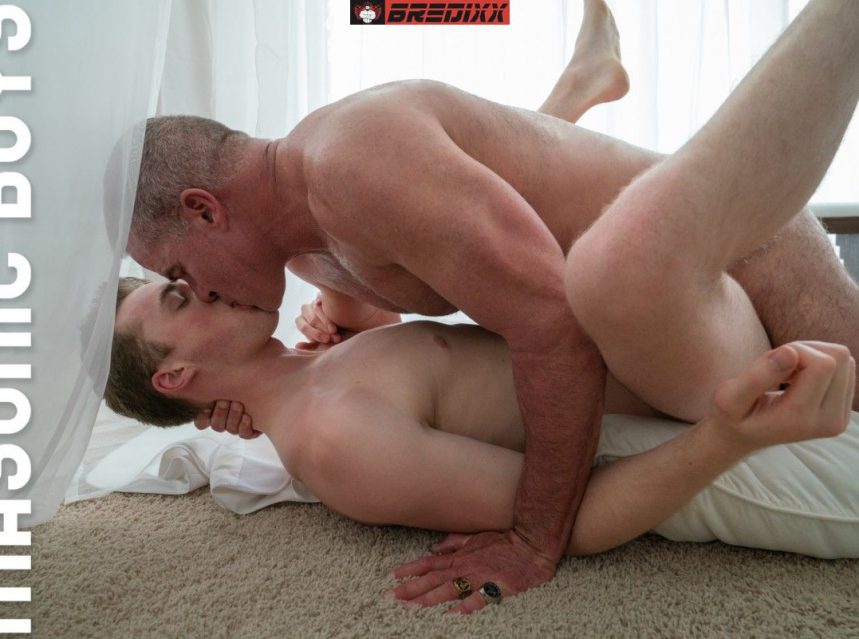 In this video by Masonic Boys, sexy Cole Blue bottoms for beefy Dale Savage. Entering grandmaster’s chamber, Cole was stunned by the white light that surrounded him. It was hard to tell where all it was coming from, giving him the appearance of an angel. Not only was he handsome with salt and pepper hair and a square jaw, but he was dressed in an all white suit that was clearly cut just for him.

The older man beckoned him closer, sensing his nervousness but not excusing it. Cole did as he was told, afraid to make eye contact. As much as he wanted it, he was still a young man of limited experience. And he’d certainly never done anything like this before.

Savage’s fingers dug into Cole’s ass, feeling his meat and muscle deeply. Cole let out a moan, mostly from surprise. It didn’t hurt, but it was a very different touch than he’d gotten used to. Then, Grandmaster Savage got on his knees, placing his head right next to Cole’s bare ass, and began to kiss it.

Cole’s mouth went agape. He couldn’t believe that a man so clean cut and manicured could be so ravenous. He stood up and turned to Cole’s front, looking into his eyes. Cole couldn’t look away now. It was clear the grandmaster wanted more from him than just his obedience.