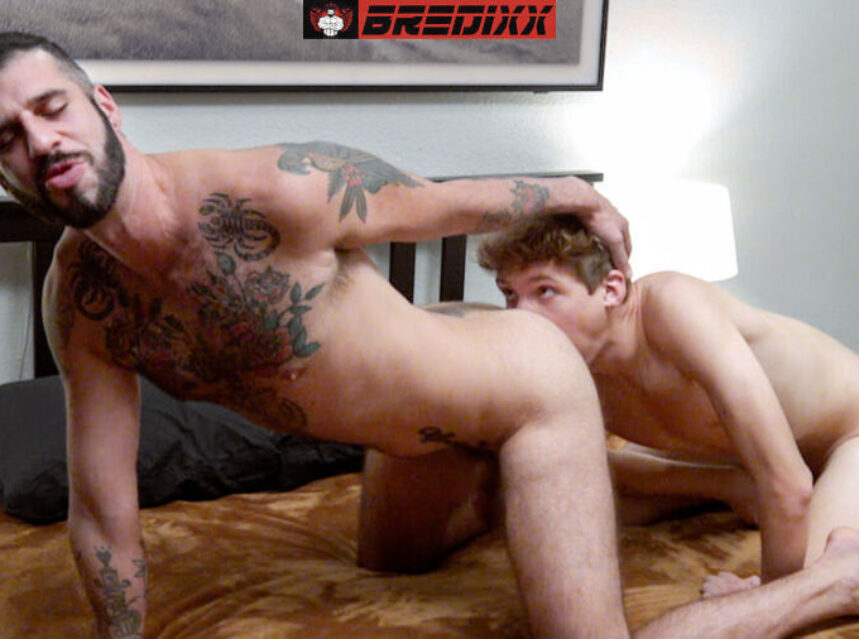 Jack Bailey has the honor to shoot his twink load in Romeo Davis’ muscle hole. Sexy, tattooed otter, Romeo Davis, is up for a real treat when he meets the seriously hot, baby-faced twink, Jack Bailey. Jack might look like a harmless angel, but his sex drive is off the charts and he’s well into this rough, masculine hunk. The feeling is, of course, mutual. Romeo wouldn’t normally go for a smooth, innocent-looking boy like Jack, but there’s something about this twink which makes him quiver.

They’re immediately all over each other, kissing passionately, tongues exploring every inch of flesh. Romeo rapidly gets his hungry mouth wrapped around Jack’s meat and the smile on the young boy’s face tells us he likes what’s happening down there – one heck of a lot! It’s not surprising. It looks like Romeo’s got some pretty good moves going on!

Jack demands to eat Romeo’s ass, and immediately starts to probe the tattooed hunk’s tight hole with his talented tongue. He’s plainly hitting all the right spots because Romeo is soon begging for his dick. And he gets it… Jack slides his giant, raw rod into the sexy daddy’s crack and is soon pounding him like a happy whore, eyes rolling back in his head in unadulterated ecstasy. Romeo grunts and gasps, this is an unexpectedly amazing ride!