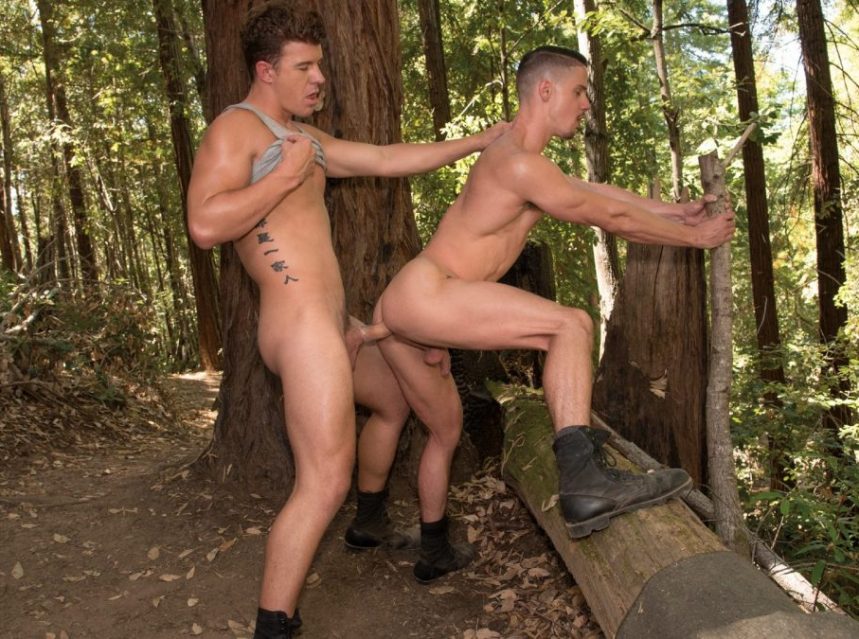 JJ Knight finally has the virtual reality trophy he needs to win the game when Skyy Knox comes from behind and scoops it up. Knowing that he can’t win without seducing JJ, Skyy gets on his knees to suck the willing stud and his massive dick. As an acknowledgment of Skyy’s abilities, JJ taps Skyy on the face with his throbbing member before he turns him around and licks his tasty hole. After getting him fully prepped, JJ stands up to slide his erection deep inside his adversary. Skyy is more than willing to take every inch of JJ and leans against a tree to get every inch. As JJ pounds away, Skyy gets harder and more willing to shoot his way to winning the game.