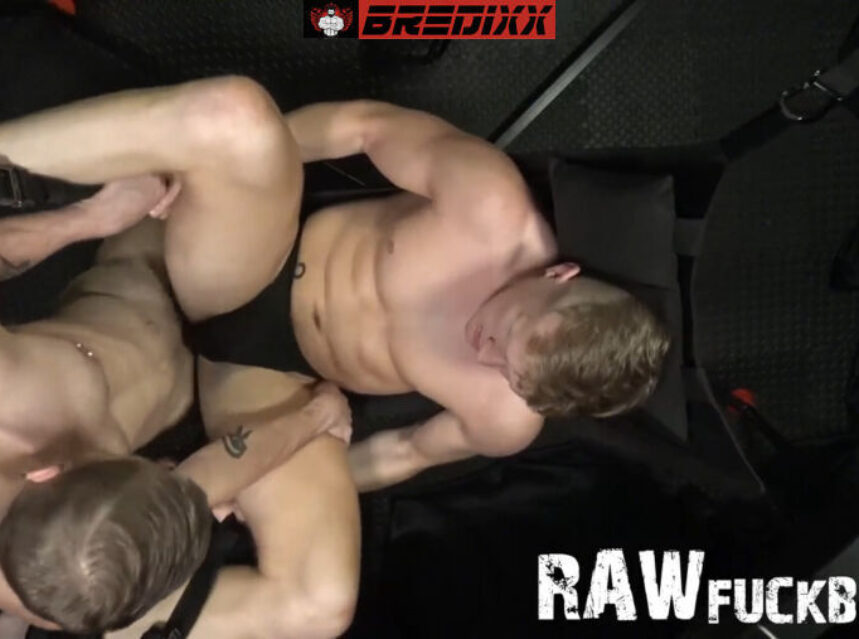 Diminutive dream-boat, Tom Bentley, teams up with blond, beefy hunk, Spencer Daily, in the latest film from the new-look RawFuckBoys series. It’s clear from their very first, sensual kiss that these two jock-wearing dudes are heavily into each other. Their bodies are soon entwined in a passionate clinch, their hands gently caressing each other as their lips lock together sensuously.

Spencer drops to his knees to service Tom’s impressive meat with his hungry mouth. The blond guy sucks and slurps, taking Tom’s entire length deep into his tight, wet throat. Tom moans as he looks down at the handsome man taking his shaft, eager for his chance to return the favor. Spencer, now horny beyond words, makes his way to the sling in the corner of the darkened dungeon. Tom squats between Spencer’s widely-spread legs and gets his probing tongue dancing deep inside the blond boy’s tender, pink hole, carefully stretching it out for what promises to be mind-blowing sex. The meaty cheeks press against his face, making him all the more ravenous and ready to breed.