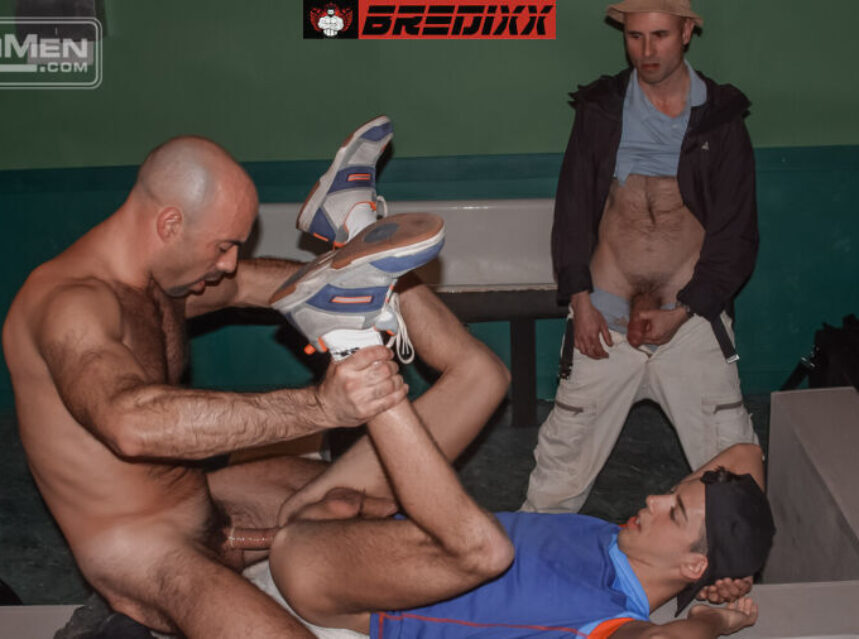 In this marathon latrine run (we’re talking a whopping three hours here!), you’ll find lots of cock-suckery (especially as performed by zealous dick-gobbler Danny Vox) hearty ass-buggery (cute nerdy twink Abram Rodriguez gets ass-pounded up against the shoe-shine chair; later, brave Danny gets double-stuffed with two cocks); considerable pucker-hole chewing, with the chewee propped up on the partition such that the chewer can feast on hair-hole while sitting on the commode wanking off (my personal favorite image); and in the Director’s Cut, a veritable downpour of spritzing and peeing and dousing and showering in which just about everyone gets soaked.

And after the golden showers subside, thick white torrents of hot dude chowder shoot and ooze all over. For the most part, production values are up to Titan’s usual standards, with basically crisp (though somewhat uninspired this go-round) camerawork, nice cinematic lighting and a decent music score. I’m not a big fan of the slo-mo cumshot technique, however; that there are far too many herein causes me some dismay. Even if you’re not as partial to the golden drizzle as these moistened piggies clearly are, there are plenty of delicious man-sized cum-spewing cocks to nuzzle up to after the rain. 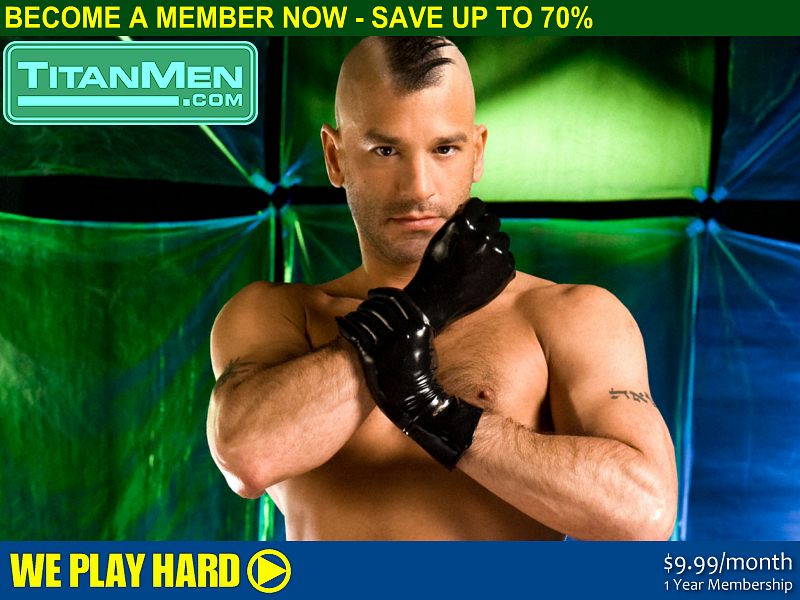