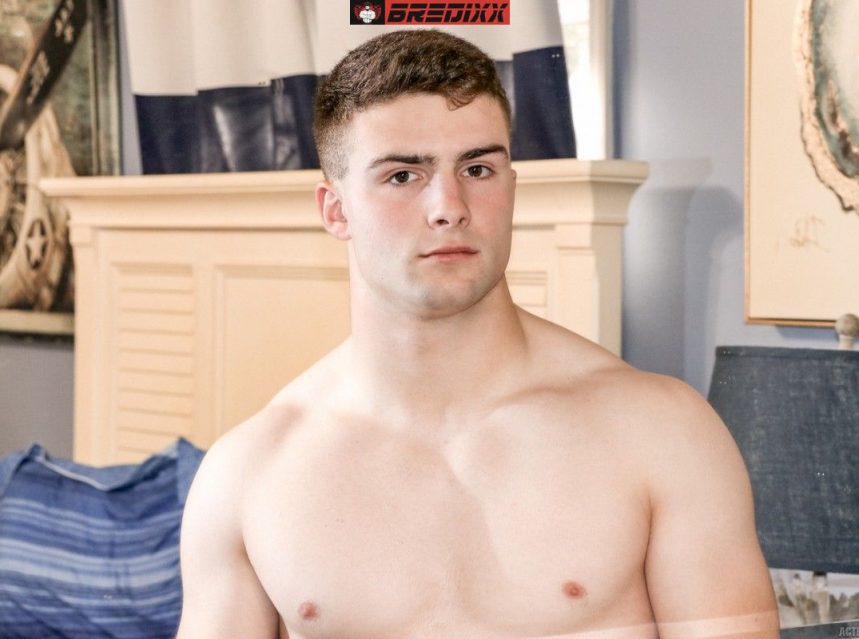 Dink from Active Duty has found another cool soldier, ready to do some porn – Thomas Woods. Text by Dink: Hey Troops, You know that guy that always seems to end up beside you at the bar? The one you can’t stop glancing over at again and again? Your nerves won’t allow you to open your mouth and say hello because you keep telling yourself he’s way, way out of your league. Or, you’re almost positive that he might not even acknowledge you even if you did speak up and say hello. The kind of guy you go home and think about until the wee hours of the morning long after the bar has closed and he’s disappeared into thenight taking your chance of ever seeing him again along with him.

That’s the kind of guy that Thomas Woods is.This stud was the popular jock in high school that everybody wished they could be like. Lucky with the girls, lusted after by all the guys and just plain gorgeous. Then, after high school, even though he’s got his pick of colleges to go to with scholarships for wrestling to baseball, he chooses the military because he loves his country and the flag about as much as he does anything else in the world. He trades in his lifted truck for a fast car and speeds through life like a dream. Those were the guys I always chased. The ones that I knew no matter how lucky I got with them once or twice, I could never have them to keep for long.

But that was always fine with me. And, luckily I usually had my camera somewhere close by to capture their beauty.Thomas Woods encompasses all those things and more. What makes him even more special is the fact that he’s a super nice guy. He doesn’t realize just how darn blessed he is and if he does, he never lets it show. Once you get to know him he’ll make you feel like the only person in the world when he turns his attention to you or when you get lucky enough to spend some quality time with him. The other thing he’s hiding is just a really nice, big surprise that’ll shock the hell out of you when he hauls it out of his zipper. Yep, he’s hung like a horse to boot!! Enjoy getting to know this beauty in his debut solo and be on the lookout for much more to come of Thomas Woods in the near future. He’s certainly a keeper for sure!!Dink