Julian Torres and Jack Dyer are sitting in the Bear Den and having a conversation about what it’s like being part of the bear community when they discovered they were part of this community and what turns them on about it. They then turn their attention to each other and start exploring each other’s hairy beefy bodies. Jack soon has Julian’s beautiful hairy uncut cock in his mouth and he is loving the pre-cum Julian is providing him. He then turns his attention to Julian’s beautiful hairy ass and he rims him. Julian then turns around and sucks Jack’s big hard cock. He then turns him around and returns the favor as he rims his ass. Julian then bends Jack over the bench and starts fucking him deep and hard with his cock deep in his ass. Jack then puts Julian in the same position and fucks him even deeper and harder. Julian then puts Jack on his back and fucks him hard until Jack cannot hold back and Julian bends down and takes Jack’s load in his mouth. Julian then feeds his own load to Jack as he jacks his cum all over his bearded face. 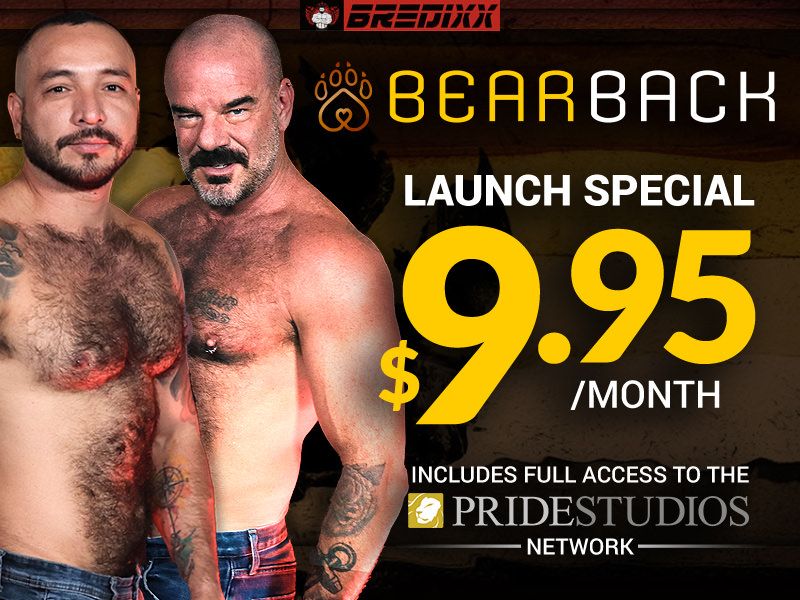